Columnist for The Boston Globe

"Tracey O'Farrell is anything but another pretty girl with a pretty voice. When she brings the true highs and lows of her life into her singing, there's an authenticity to her voice that'll touch your own soul."

Tracey O'Farrell is an inspiring example for anyone who thinks it's too late to fulfill life-long dreams.

Tracey is a member of the Manhattan Association of Cabarets and Clubs (MAC).  She holds a BFA in musical theatre from The Hartt School.

It was an honor for Tracey when she was asked to be a part of Boston Children's Hospital's new Get Well video project.  Families who need some of the best care in the world will see her face when they settle into their rooms and explore all that the hospital has to offer. 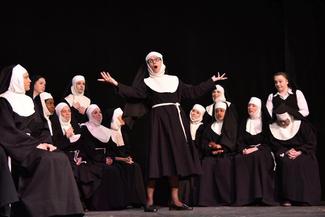 Saturday night, January 12th from 8:00 to 11:00pm, Tracey will be entertaining everyone at The Napoleon Room at Club Cafe!  The amazing Jim Rice joins Tracey on piano. Make sure to book a table soon. Warm up your voice because Tracey will be sure to open the mic to any singers in the house. Full menu all night.  No cover. 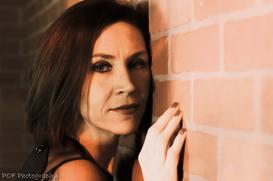 In addition to her monthly performances of her club act, Tracey was seen on stage in several theatrical productions with Riverside Theatre Works and Reagle Music Theatre Of Greater Boston.